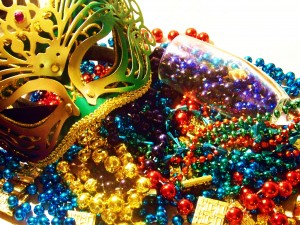 The Colors of Mardi Gras

Mardi Gras decoration is all about the colors. Look at any picture of Mardi Gras floats and you’ll quickly see the theme. But why those colors? In 1872, the Krewe of Rex was founded. The organization was created to put on a spectacle for visiting Duke Alexei Alexandrovich of Russia and to entice tourists to visit a post-civil war New Orleans.

The krewe designed elaborate floats and quickly became a fixture in the Mardi Gras parade. An individual is chosen annually to represent the krewe as their Rex (the latin word for king) as the self proclaimed “King of Carnival”. The first reigning Rex chose the colors and assigned them meanings. Many of its traditions, not just the colors, were adapted by other krewes and are a traditional part of the Mardi Gras celebration to this day.

The colors and their meanings are as follows:

Flowers are a long-standing tradition in Mardi Gras decoration. Almost every float has some variation of floral accent. And for those who can’t make it to New Orleans this year, flowers mark one of the easiest and most attractive ways to decorate for your party. The colors of Mardi Gras could not have been more perfectly chosen. Purples, greens and golds are prevalent in the floral world, and some of the most popular flowers come in those hues. 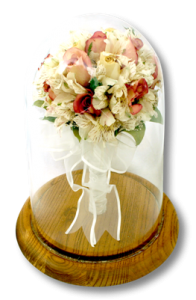 Preserve you wedding memories in a beautiful encasement display. 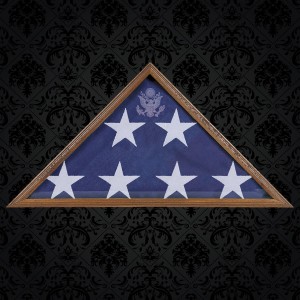 Variously known as the Fourth of July and Independence Day, July 4th has been a federal holiday in the United States since 1941, but the tradition of Independence Day celebrations goes back to the 18th century and the American Revolution (1775-83). In June 1776, representatives of the 13 colonies then fighting in the revolutionary struggle weighed a resolution that would declare their independence from Great Britain. On July 2nd, the Continental Congress voted in favor of independence, and two days later its delegates adopted the Declaration of Independence, a historic document drafted by Thomas Jefferson. From 1776 until the present day, July 4th has been celebrated as the birth of American independence, with typical festivities ranging from fireworks, parades and concerts to more casual family gatherings and barbecues.

The Birth of American Independence

When the initial battles in the Revolutionary War broke out in April 1775, few colonists desired complete independence from Great Britain, and those who did were considered radical. By the middle of the following year, however, many more colonists had come to favor independence, thanks to growing hostility against Britain and the spread of revolutionary sentiments such as those expressed in Thomas Paine’s bestselling pamphlet “Common Sense,” published in early 1776.  On June 7, when the Continental Congress met at the Pennsylvania State House (later Independence Hall) in Philadelphia, the Virginia delegate Richard Henry Lee introduced a motion calling for the colonies’ independence. Amid heated debate, Congress postponed the vote on Lee’s resolution, but appointed a five-man committee–including Thomas Jefferson of Virginia, John Adams of Massachusetts, Roger Sherman of Connecticut, Benjamin Franklin of Pennsylvania and Robert R. Livingston of New York–to draft a formal statement justifying the break with Great Britain.

On July 2nd, the Continental Congress voted in favor of Lee’s resolution for independence in a near-unanimous vote (the New York delegation abstained, but later voted affirmatively). On that day, John Adams wrote to his wife Abigail that July 2 “will be celebrated, by succeeding Generations, as the great anniversary Festival” and that the celebration should include “Pomp and Parade…Games, Sports, Guns, Bells, Bonfires and Illuminations from one End of this Continent to the other.” On July 4th, the Congress formally adopted the Declaration of Independence, which had been written largely by Jefferson. Though the vote for actual independence took place on July 2nd, from then on the 4th became the day that was celebrated as the birth of American independence.

In the pre-Revolutionary years, colonists had held annual celebrations of the king’s birthday, which traditionally included the ringing of bells, bonfires, processions and speechmaking. By contrast, during the summer of 1776 some colonists celebrated the birth of independence by holding mock funerals for King George III, as a way of symbolizing the end of the monarchy’s hold on America and the triumph of liberty. Festivities including concerts, bonfires, parades and the firing of cannons and muskets usually accompanied the first public readings of the Declaration of Independence, beginning immediately after its adoption. Philadelphia held the first annual commemoration of independence on July 4, 1777, while Congress was still occupied with the ongoing war. George Washington issued double rations of rum to all his soldiers to mark the anniversary of independence in 1778, and in 1781, several months before the key American victory at Yorktown, Massachusetts became the first state to make July 4th an official state holiday.

After the Revolutionary War, Americans continued to commemorate Independence Day every year, in celebrations that allowed the new nation’s emerging political leaders to address citizens and create a feeling of unity. By the last decade of the 18th century, the two major political parties–Federalists and Democratic-Republicans–that had arisen began holding separate Independence Day celebrations in many large cities.

The tradition of patriotic celebration became even more widespread after the War of 1812, in which the United States again faced Great Britain. In 1870, the U.S. Congress made July 4th a federal holiday; in 1941, the provision was expanded to grant a paid holiday to all federal employees. Over the years, the political importance of the holiday would decline, but Independence Day remained an important national holiday and a symbol of patriotism.

Falling in mid-summer, the Fourth of July has since the late 19th century become a major focus of leisure activities and a common occasion for family get-togethers, often involving fireworks and outdoor barbecues. The most common symbol of the holiday is the American flag, and a common musical accompaniment is “The Star-Spangled Banner,” the national anthem of the United States.

Marriage has always accounted as the occasion where one would display their best dressing style. Do you ever wonder about the emergence of wedding dress? When and how did white become the favored color for wedding dress? White might seem to be the eternal color for wedding, but, surprisingly, history tells us something else. The trend of white dates back to the Victorian era, before which there were myriad colors used for wedding dress. For those who want to get complete information about the origin of wedding dress, the following lines will suffice.
Interesting Information On Background Of Wedding Dress
Ancient brides used to dress up in brightly colored wedding garments. Effervescent colors symbolized the happiness of the bride. Things changed in the medieval times, when marriages started to mean the bondage between not only two individuals, but also between two families, two businesses and even two countries. Brides of this era cautiously dressed as they singularly represented the whole community.
Medieval brides from well-to-do families wore rich colors and luxurious fabrics, like furs, velvet and silk. Those from middle class families wore stuff that was a copy of the elegant styles of the richer class. The trend continued for a few years and the wedding dress became a symbol of the social status of the family. The more material used, the more sleeves, the longer the train, the richer the bride’s family was assumed to be.
While the rich used the power of money to get the best possible dress from the market, brides from the poor family wore their church dress for their wedding. The trend of white wedding attire was started by Queen Victoria. It was in 1840 and Queen Victoria married Prince Albert of Saxe, wearing a white wedding gown. White came as a big, but pleasant surprise to everyone. Soon, brides from all over Europe and America began wearing white wedding dresses as well.
While there were some who preferred vibrant colors, white definitely had seeped into the minds of people. By the end of the century, white had become the color of the wedding dress. Various trends and styles were adopted to make the dress a perfect bliss on the D-Day. However, more changes were in store. During the Great Depression and World War II, the eternal white dress was replaced by the church dress.
People thought that it was not the appropriate to wear lavish dresses, when there was grief all around. After the war ended, luxurious wedding dresses in white jumped back into the center stage. With time, shades of white, cream, off white or ivory became acceptable as wedding dress colors. Today brides’ dresses have adopted varied dressing styles. From the timeless white to the Hawaiian beach dress, the options are endless.
https://lifestyle.iloveindia.com/lounge/history-of-wedding-dress-3493.html